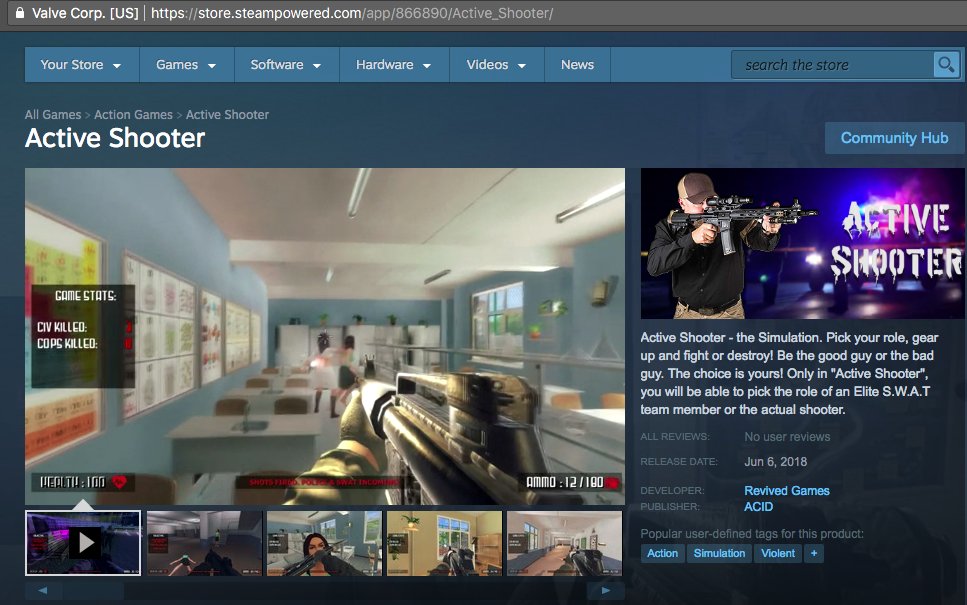 It has come to my attention that there is an Active Shooter game on Steam that simulates the type of mass shootings we’ve been experiencing in schools at an unprecedented rate. This is shockingly irresponsible. This is made that much worse by the lack of oversight in Steam chat rooms that glorify school shooters, even Nazism.

My son plays on the Steam platform regularly. As a parent, the lack of responsibility your company is showing, is extremely disturbing. As Director of a political organization, it raises a serious question about the need to organize a consumer response to irresponsible gaming sites.

I would like a response to this issue – why Valve would allow this type of content and if there are plans to rectify this situation.

Mother, strategist, writer, advocate, activist. My education is in Anthropology and Philosophy. I am the Founder and Director of Democrats Work For America, a political action committee supporting grassroots organizations and initiatives. View all posts by razzara